"Every one of these signs you know you blowing me away, No matter when you’re born for sure with me you okay, I love every one of y’all no matter what sign you are, January to December here’s my open arms" - Beyonce. 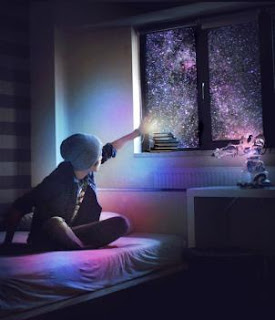 You're young. You're hot. You're gay. And you're probably wondering what the hell is up with all
this horoscope business.


You're mystified at parties when artsy Aquarius cuties come up and ask you what your sign is. You're baffled as to why that twinky Taurus boy just won't give you the time of day. You don't get why that hipster Capricorn friend of yours never wants to go out dancing. And you're probably wondering if that sexy Scorpio guy you've had your eye on at the club is just as good in bed as you hear he is (Hint: he is).
Well my gorgeous, gay, friend, look no further. Herein lies a rundown of all twelve zodiac signs and what it means for gay guys everywhere. While many books have been written about astrology--at least one favorite of mine is specifically about gay men, and there is homostrology.com which is worth a checkout--there is little out there on gay guys our age...boys in their teens and early twenties. So, because I have another month of summer left (see: bored) and because I want to put this seemingly useless knowledge to good use, I decided to write this blog. Yay! 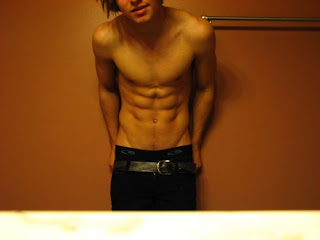 A very intuitive and amazing boy once said to me that gay guys often believe in the personalities attributed to their zodiac sign because we're always questioning our identities. Exploring one's identity is a journey that, unfortunately, most people are sometimes too afraid or too apathetic to go on. Even if one sees astrology as nothing more than a psychological tool (like a placebo effect), it still allows us to search what it means to be us and what we bring to the world at large. It's an empowering system of beliefs, especially during these times where young, gay guys are finally starting to have a voice.
I got into this stuff because I go to a really big hippie school where things like this are actually pretty run of the mill. For me, it's resulted in a lot of useless knowledge and getting a few weird looks at parties (or in the case of guys who believe in zodiac-sign compatibility, a few numbers as well). I also dated someone who was really into astrology and he taught me most of what I know now. Since many gay friends of mine have asked me about what their sign means, I decided to write up this blog in hopes of answering many boy's questions on a mass scale. I also think that it can be really empowering to know what kind of traits you're capable of.
And hey, empowerment is something this community needs, especially with guys our age. We're all trying to figure life out four ourselves, and we want to make a thriving, fun, and impactful community. They say all twelve zodiac signs represent an essential aspect of human life, and all twelve personality types are necessary to build a functioning society. So everyone is bringing something awesome to the big gay table. 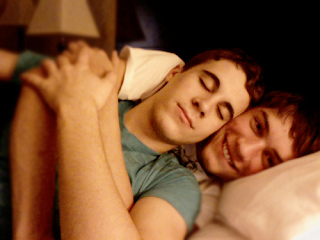 A common misconception many people have when dealing with horoscopes, signs, and astrology in general is that there is a certain set of rules and regulations when it comes to “your sign”. This is a false assumption. For example, I know many outgoing Cancers (an introverted sign said to be shy and withdrawn) and many reserved Leos (typically bold and extroverted). Your sign can manifest itself in many unique ways. You are never locked in to what your sign is and there are no real rules for this sort of thing, only archetypes and some common connections. Astrology is not a science, it's a belief system. So hey, I guarantee you nothing! This is for fun and for insight.
As for those who, for whatever reason, wonder if there's any scientific basis to this sort of thing, the answer is...maybe. Yes, some research has been done on whether or not astrology is “credible”. The more mystical minded would say that it's all about time and spiritualism and things that sound vaguely spooky and might scare you off I talked about them here. This guide is meant to be strictly casual and ease-of-access. It's versatile...just like some of you who are reading this.
Some people have pointed to time of birth affecting mental development (like the seasons, daylight, etc.) and while some studies have yielded some surprising results, obviously you can't measure this by the scientific method. So I gladly invite your skepticism but ask you to remember that I'm not trying to prove anything. Just hoping you'll have some fun. 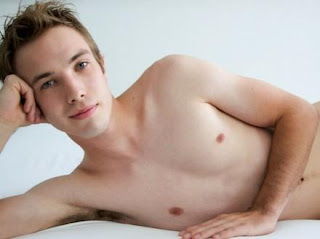 Astrology also makes for great ice breakers. For awhile, if you asked someone what your sign was, it meant that you were probably in the 70's. Now that astrology is en vogue again, it's not so weird to start a flirtation session via inquiring as to what that hottie's sign is. Now, remember, some guys will still think this is weird...and usually they'll be Capricorns (kidding...kind of). But if you have some finesse, usually this is a good jumping off point for conversation.
Also keep in mind that astrology can get super complex. Ridiculously so. But since I want this to be a user-friendly guide and because I know there are better (crazier) astrologers out there than me, I wanted to keep this relatively simple while still giving you the 4-1-1 most other astro resources won't. So yes, this will be exclusively on gay men, specifically the ones in their later teens to their early twenties. That said, I have provided some context for bisexual and transgendered men as well since, to be quite honest, I have never even seen these identities explored in astrological resources before. Exciting new territory, boys.
I also want to keep this resource fun and accessible. If you have any input, it will be greatly appreciated. It is a blog after all! And always keep in mind that your milage with this personality system may vary. I can guarantee though, it gets in your head...and especially in your dating life.

Email ThisBlogThis!Share to TwitterShare to FacebookShare to Pinterest
Labels: Introduction

Welcome to Gay Boy's Guide to the Zodiac. This is a blog focused on horoscopes/zodiac profiling/and astrology aimed solely at a young, gay male audience.
Though this is an "adult-free content" blog and contains no visual depictions of sexual content, there are photos containing images of men in romantic situations (kissing, embraces, etc.) Such photos are artistic in nature and contain absolutely NO pornographic material or full-frontal nudity. Though this site abounds with plenty of photos of hot guys, I do keep this site PG-13.
Also, I curse like a sailor.
All photos used on this site are pulled from Tumblr and/or are public domain and feature models ages 18+ If you see a photo that you own and wish to take down, you may e-mail me at my web address or leave a comment in the pertinent post and I will do so at once.

Max
Nothing more dangerous than a mass-comm student with blogging powers.