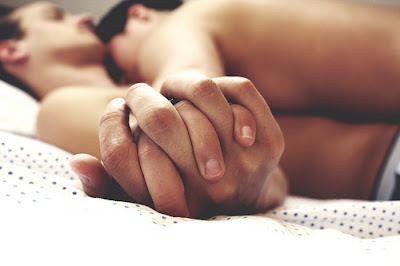 The Good: That sound you're hearing is a Gemini and an Aries causing trouble. These two boys feed off of each other like wind sweeping over a raging fire. It's eternal fuel, but it's also chaotic. And yet in this chaos, there is harmony. Gemini is quick-witted and opinionated. So is Aries, but he's more in your face about it. Both of these boys share a love of activity and outrage. They get on each other's nerves in the best way possible. Gemini is there to provide communication to the othewise “surface-only” Aries. The Gemini guy does it in a way he knows Aries will understand, so he gets what his Gemini boyfriend is about. Generally, the Gemini guy is always on board with Arie's action and socializing. This is where these two thrive, the social scene. To others, their romantic relationship may seem chaotic or superficial. Really though, it's just that they are constantly flitting around spreading gayery and mirth. Mwah!

The Bad: Gemini is known to operate in two modes of thought whereas Aries doesn't really do much thinking at all. At least, not in the same way Gemini does. An Aries is very rah-rah traditional male and may not take to kindly to the Geminian flirt-socializing that he so often does. Arie's faults lies in his inabillity to comprehend the, let's face it, incomprehensible Gemini mind. He may understand one twin, but sees no reason for the other. Conflict may also arise in the friend circle, since neither men are good about weeding out bad influences. These two men must keep good friends close and be suspicious of their enemies and naysayers/

The Sexy: The sex is fun and free, just like this match-up. Gemini will try anything twice and an Aries likes having a partner who will be on board with his brusque sexuality. This makes them a fun living couple who will switch it up. Since Gemini is two men for the price of one, Aries will enjoy playing with the dominant and submissive change-ups. The Good: This is a match between two signs on the opposite end of the Zodiac wheel. What this means is that they contrast and compliment each other to a level other signs generally can't reach. It's a wild-card, because these match-ups can be either great or bad depending on the personal development of the signs in question.

Aries embodies the philosophy of “I am the self and I reach out to the world.” Libra embodies the philosophy of “I harmonize with others and bring the world together.” This means that this pair instills their philosophy on the other guy. Aries is the brawns, Libra is the brains. When Aries is too heated, Libra brings him back down to earth again. When Libra can't swing either direction, Aries makes him more decisive. The Aries boy enjoys the Libra's hedonistic, dandy-ish sexuality. He's his naughty boy with class. And Libra, for all of his admiration of higher values and civilization, wants a man who can both be expressive and unique while also, taking a dash of Nicki Minaj here, CAN BE A MUTHAFUCKING MONSTER IN BED. Aries is the soldier, while Libra is the diplomat he fights for and also knows when to listen to.

The Bad: The problems arise when these signs fail to harmonize with each other's opposite natures. It's pretty simple: When Aries is brutish and angry, Libra doesn't want to give him the time of day. And when Libra is indecisive, caddy, or smarmy, Aries gets pissed. Problems may also arise with jealousy in any capacity.

The Sex: The sex is good. Libra wants it, Aries gives it. The question is, who has the power? Is there power at all? These are the questions these two must ask themselves. Libra's like to lay back and have their man do things to them, and though Aries may be more-than-content with this at first, eventually he's going to want the other man to take charge. Yes, Libra, you can take it, but can you give it back too? 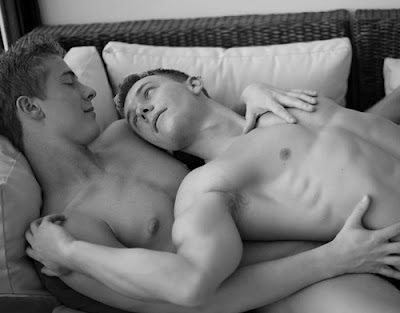 The Good: Two men of individuality, Aries and Aquarius make unique lovers. Aquarius, being more the intellectual, likes a man who can bring him back down to earth. Aries is intrigued on what makes an Aquarius tick (answer: nobody knows). The Aries man typically likes a little badboy, someone who needs a little rough romance who is nevertheless an innocent-seeming soul. Aquarius was the original houseboy, and he wants someone to come in and light his fire. But he also wants an intellectual. Aries men can possess a cunning wit, but they better be brain and brawn in one. It's a good match that feeds off of each other, even if sometimes Aries doesn't get Aquarius. This is okay, as long as the Aquarius guy can remember to tell his Aries man that he is loved.

The Bad: When it's bad, it's your fault Aquarius. Yours too, Aries, because you often have a hard time digging below the surface, but that's just you. Flaw or non-flaw, an Aquarius boy comes off often as being detached. Aries doesn't get it. How can someone not feel...something? An Aquarius does, and that's the trap. He's really good at seeming laid back, so when Aries gets heated, Aquarius just nods. This is bad, because Aries gets heated to win, and if he's not getting that input that what he's saying is having an effect, he's going to press harder. Meanwhile, Aquarius is freaking out in in inside and then goes off to de-stress by naked finger-painting, or talking to plants or whatever it is that Aquarius men do to unwind. And now Aries is just confused and he thinks his boyfriend his crazy. So too does his boyfriend.

The Sexy: If the Aquarius is a power-bottom, jack-pot. An Aquarius is inventive in bed and likes drawn out sex sessions. Aries finds this cool and jumps right in. There's not much an Aquarius won't do in bed, so Aries is always satisfied.
Posted by Max at 1:00 PM 7 comments: Links to this post

Welcome to Gay Boy's Guide to the Zodiac. This is a blog focused on horoscopes/zodiac profiling/and astrology aimed solely at a young, gay male audience.
Though this is an "adult-free content" blog and contains no visual depictions of sexual content, there are photos containing images of men in romantic situations (kissing, embraces, etc.) Such photos are artistic in nature and contain absolutely NO pornographic material or full-frontal nudity. Though this site abounds with plenty of photos of hot guys, I do keep this site PG-13.
Also, I curse like a sailor.
All photos used on this site are pulled from Tumblr and/or are public domain and feature models ages 18+ If you see a photo that you own and wish to take down, you may e-mail me at my web address or leave a comment in the pertinent post and I will do so at once.

Max
Nothing more dangerous than a mass-comm student with blogging powers.